and I decided to make an extra gift for Mark’s nieces and nephew.

This is where sewing with your friends on 19 December  at our ASG Group at The Remnant Warehouse is dangerous.  Deborah was making the Bendy Bag by Lazy Girl Designs and I was keeping a close eye on how this went together as I had the pattern in my stash and do have intentions of making one for myself.

Well Deborah made 2 in the one day of sewing so that got me thinking and when I showed Mark what I was thinking of, he said yes and he would have one as well*.

So again the bag stash was raided and so was my zipper stash as I needed  a 14″ zipper for each bag.

The only thing that Deborah and I weren’t that thrilled about was that the lining seams are visible and I did try and work out how to hide them but really don’t think it is possible.  So I took some of the offcuts over to my Juki and tried a few finishes.

This is what I found worked best for those seams. 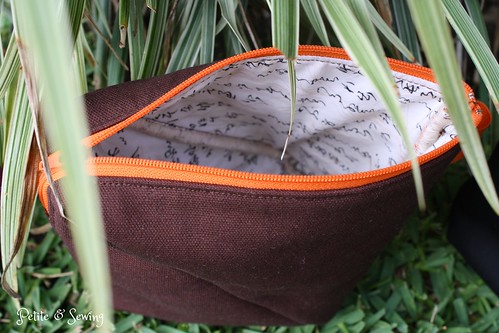 I did manage to get two sewn during the working week and I was very thankful that our office closed on 23 December so that left me Christmas Eve to finish off the other two. 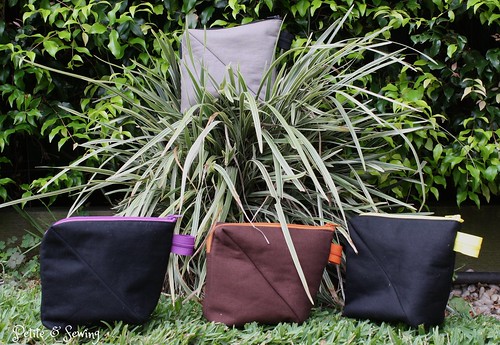 These were well received by Mark’s nieces and nephew and there were quite a few hints from other members of the family, so I might have next years gifts for some already worked out!

* Mark is still waiting for his!

7 thoughts on “Twas 5 nights before Christmas …..”