My next post was supposed to be me wearing my new summer tops on our holiday!  Unfortunately the island was covered in cloud and the temperatures were in the low 20’s much too cold for me to be wearing short sleeves.

So instead you are seeing my new Jean Jacket.

I made this before blogging days and it has been seen during Me Made May.

The pattern is Jalie 2320 which is now available as a PDF pattern.  I purchased this pattern for a workshop for a Casual Jacket with Alison Wheeler at the ASG Convention in Brisbane in 2008.

I cut a size R (32cm bust or XS) and my notes say that there were a “lot of tweaks” so without taking my pattern pieces back to the original pattern, I just know that some of the seams have been taken in but to what extent I’m not sure.

Now the fabric is part of my purchases from the US trip I did with my sewing buddies in 2011 and was spied by Alison as the perfect fabric for me! 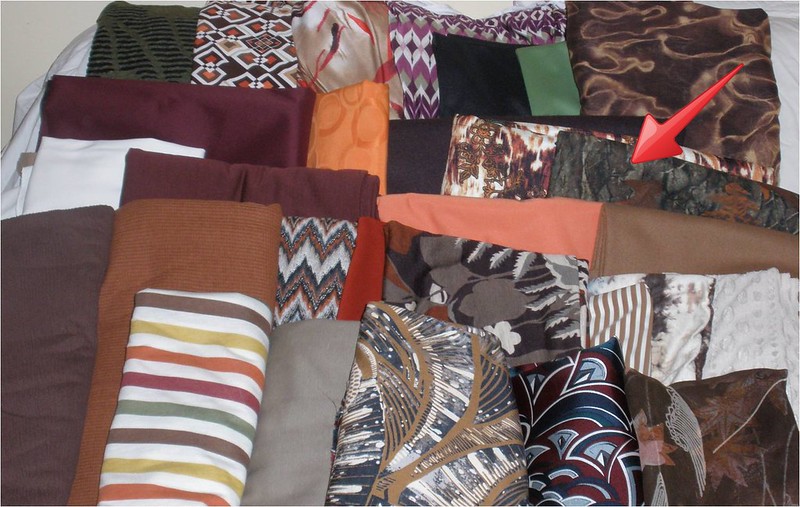 I had also purchased the Craftsy class Sew Better, Sew Faster by Janet Pray which included the Jacket Express #218 pattern.  This jacket has similar lines to the Jalie pattern so I used Janet’s instructions to see how I liked the industry way that Janet teachers in her class.

The jacket was cut out to take to a sewing weekend at The Tops Conference Centre back in May.

Then to be all prepared for the weekend I had done quite a few samples for the edgestitching and topstitching on this jacket and decided on using two different threads Gutterman 689 and 23. My stitch length was 3.5 on my Janome MemoryCraft 5200 and then I positioned the needle for edgestitching at 1.9 using the S Foot and for the topstitching at 3.5 using the A foot and lining this up with the edge of the seam.

I really enjoyed using the industry methods, but then it came to the front facing and waistband which was the real difference between the two jackets.  It was at this point that the construction stopped.

It wasn’t until another sewing weekend in July, again at The Tops that this jacket was touched again getting the collar, cuffs and waistband on so that I could take it to Mick at Quick Buttonhole Service who supplied the studs and installed them for me at a cost of $30 (10 studs) which I felt was very good value and a lot less headache for me. 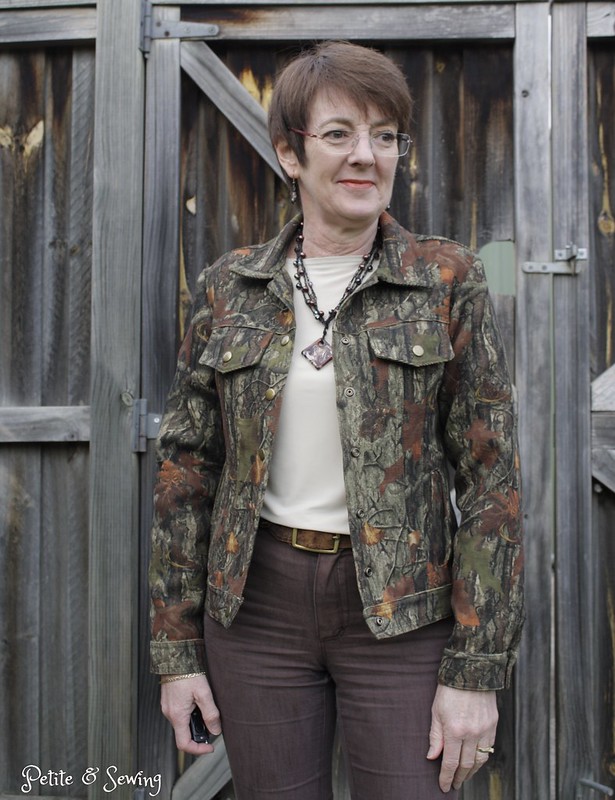 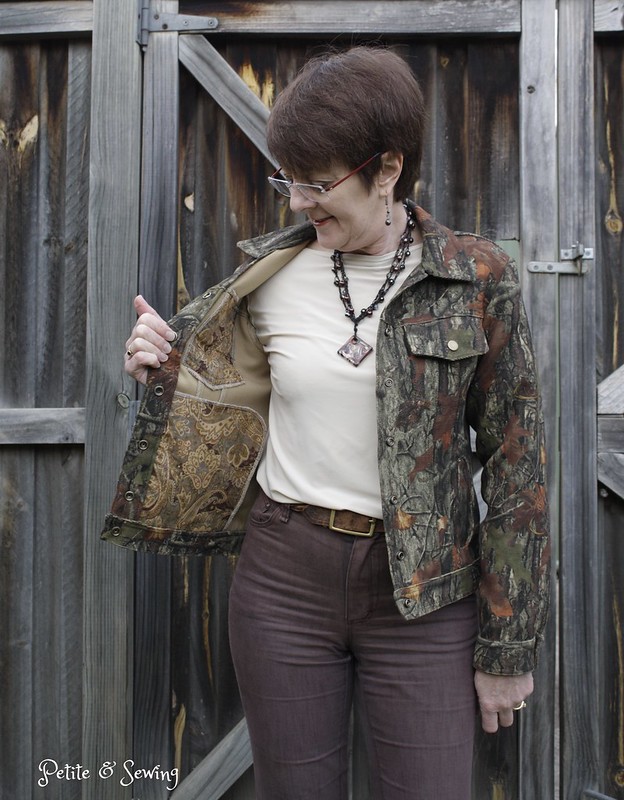 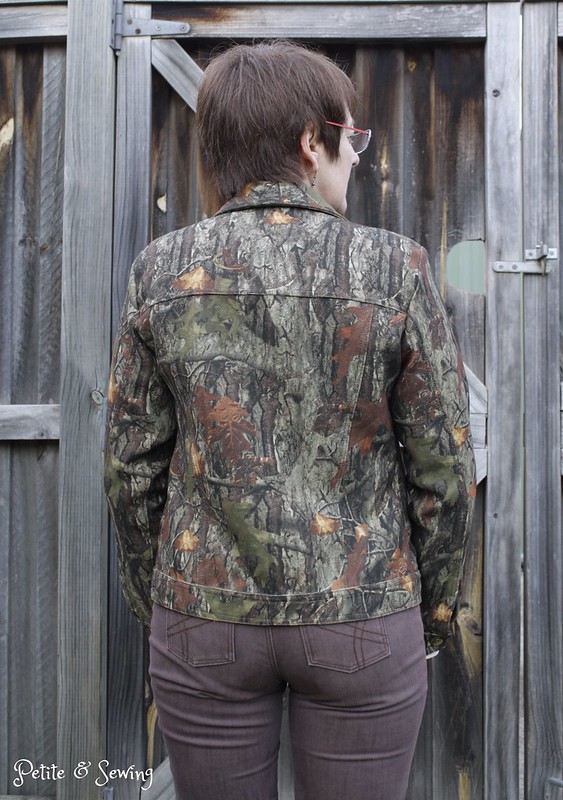 Now to make some plain tops to go with this!